Yorkdale Dufferin Mazda35286TorontoM6B3P6ON
See how we are offering a safe and reliable experience for all of our customers.
Learn More 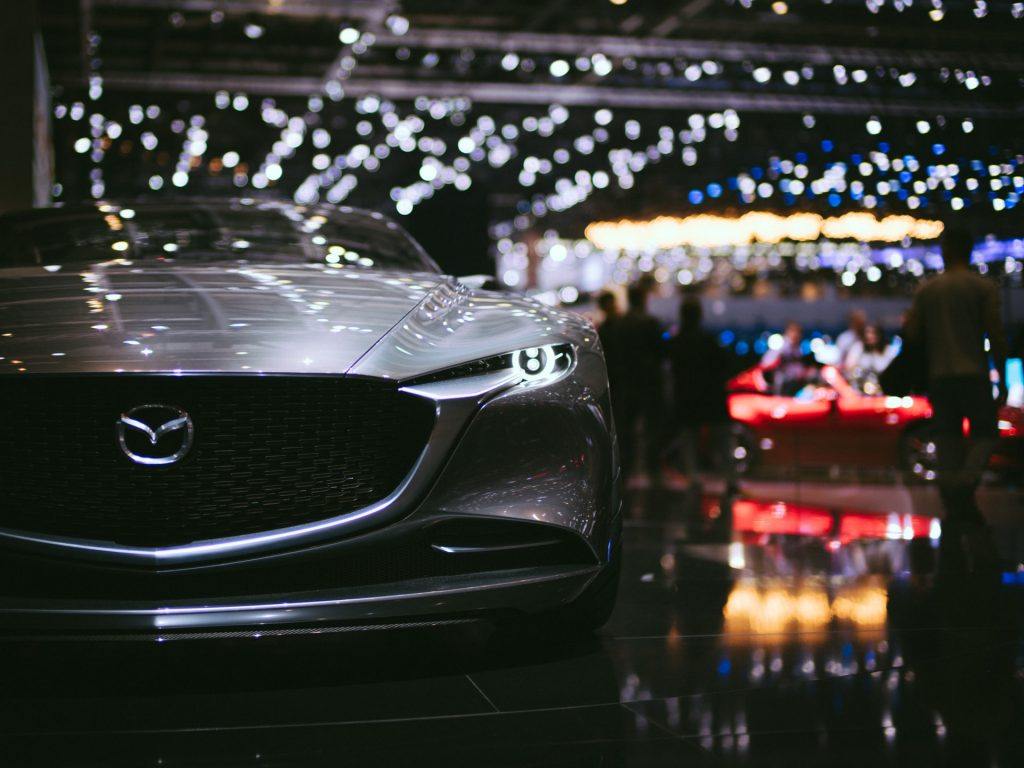 Buying a Used Mazda: How Different Models Stand the Test of Time

Since the introduction of the world’s first automobile over 100 years ago, the world has seen numerous advancements in vehicles. While some cars have been through minor changes, some have transformed drastically. However, only some models have stood the test of time. They may have been upgraded over the years, but the name and spirit remain untouched in the consumer’s mind.

How do some cars manage to stay relevant despite the ongoing changes that vehicles see every day? Their design and power may be significant factors, but there is more to it. Here are some Mazda models that continue to impress.

Mazda first released this classic beauty over 30 years ago, and it has held its ground until today. A 116-horsepower and 1.6-litre 4-cylinder engine powered the original Miata. The history of the legendary vehicle portrays the development of the car over the years.

Although the oldest mode may not be available for purchase, luckily, you can get your hands on some classic cars and drive in style. If you look for used Mazdas for sale in Toronto, you can find numerous old and new models at reasonable prices.

Some of the initial changes within the first few years of the release of the MX-5 release surprised the customers. The 1991 special edition Miata consisted of an automatic transmission anti-lock brakes to the sports car’s option sheet for the first time.

Over the years, Mazda added new colours such as a striking yellow. After 1996, Mazda upped the MX-5’s horsepower and included more electronics in the mix. One consistent feature is that the MX-5 has continued to remain lightweight.

As the Miata continues to amaze, the 2021 MX-5 is powered by a 181-horsepower and 2.0-litre 4-cylinder engine. The Apple CarPlay/Android Auto smartphone integration are now standard features that the Miata offers.

The Mazda 3 is another vehicle that managed to hold its own over the years due to its functional technology and safety level. Now in its fourth generation, the Mazda 3 remains one of the most popular cars to purchase.

After Mazda 3’s introduction in the early 2000s, the vehicle offered manual and automatic transmission. The 2004 models had options for 2.0- or 2.3-litre, 4-cylinder engines.

The 2015 Mazda 3 is one of the better model years to buy used due to its upscale cabin and top crash safety ratings. However, if your focus is technology, the 2017-2018 Mazda 3 models should be high up on your list since some of the models consisted of a touchscreen display, Bluetooth connectivity, and a rearview camera.

If you’re looking for a car that your teenager can use as their first vehicle, look no further. In a list created by Consumer Reports highlighting the best cars for teens, Mazda 3 was one option. Since the model has been around for a long time, it has been through upgrades. So, there are several versions up for grabs.

The Mazda 3 made the list after several tests were conducted, including electronic stability control, above-average reliability, dry braking tests, four or five stars from the National Highway Traffic Safety Administration, and more. Finding a Mazda 3 in Canada is quite convenient due to its popularity.

Due to the vehicle’s popularity, Yorkdale Dufferin Mazda carries several used Mazdas of Toronto for your shopping convenience. 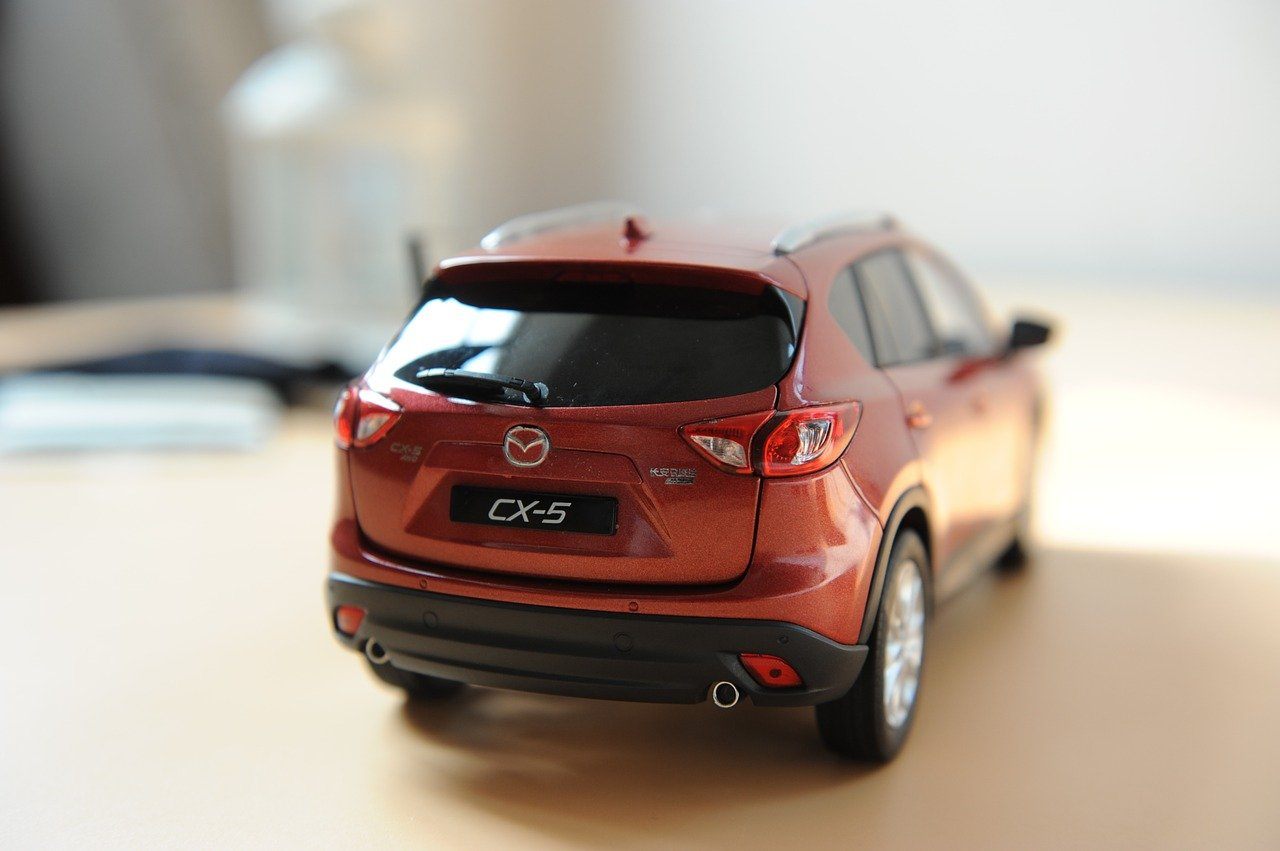 Unlike the other two older vehicles, the CX-5 had its debut in 2012 but still become a showstopper. It provides a luxury aura at a reasonable price, and the 2021 model shows us that attention to detail is vital. Its most notable upgrade is its new 10.3-inch infotainment screen.

The CX-5 made it to the Car and Driver’s Editors’ Choice award list for the right reasons. Along with the standard Apple CarPlay and Android Auto, the 2021 model has also introduced a Carbon Edition.

The CX-5 offers the standard 187 horsepower 4-cylinder engine with the option to attain the 250-horsepower engine with the Carbon Edition. Within several used options to purchase from between its first production and now, the CX-5 remains a feasible choice.

A used CX-5 is a good option for budget-conscious shoppers because it provides all the benefits of an SUV at a lower cost. The first generation of CX-5 is fun to drive, but the 2014 or new models have better crash test ratings. However, if you prefer to own a Mazda with an infotainment system, opt for a 2016 or more recent model.

Benefits of Buying a Used Car

If you have narrowed down your options, it may be time to decide whether buying a used car is worth it. Here are some reasons why you should consider opting for a second-hand car.

1. You Will Save Money

This one goes without saying. If you purchase a used car, you will be paying a lower price since the vehicle has depreciated. A car starts to decline as soon as it leaves the dealership’s property. You could drive to the grocery store, and your car will be worth a little less than before. This is beneficial for a used car buyer since you will get a better price.

Due to the constant upgrades in technology, many vehicles are more reliable today. The lifespan of cars has increased, making it easier for you to buy a used car without worrying about it breaking down soon. Car parts are also becoming more reliable now.

Along with your savings on the cost of the car itself, you can also save money on insurance. Insurance rates are lower on used vehicles since replacing parts of an old car is more accessible than a new one. You can even call insurance companies and get a quote on a potential car before making the purchase.

New cars depreciate quickly, which means that most deprecation has already taken place if you get a used car. The price you buy it for will also reflect that Since most of the depreciation already happened, you might not lose too much money on it if you wanted to resell your second-hand purchase. Data has shown that brand new cars depreciate more than 30% in the first 24 months after purchase.

Even after doing your research and test driving the vehicle, there is a possibility that you may not be happy with your purchase. If you buy a new car, it will be more expensive for you to replace it. However, since a used vehicle is cheaper, you may be able to sell it and buy a new one within a shorter period.

A Used Car is a Win-Win

Some people love the smell of new seats, but that fragrance comes with a heavy price tag. Buying a new car is feasible in some instances. However, if you are looking to save money, look for used Mazdas for sale, and you will not be disappointed. With the abundance of options to choose from, there is no space for regret.

Please Note: We are open for business!
Our Sales, Service and Parts departments are open now!
Shuttle services are currently unavailable.

At Yorkdale Dufferin Mazda, we prioritize safety above all else. That is why we are continually monitoring the COVID-19 situation and updating our operating procedures daily, based on the recommendations from public health and government officials, to help protect the health and well-being of our customers and employees, and to do our part to minimize the spread of the virus in Canada.